I am writing the draft of this blog post as I am travelling out of Amsterdam and the Netherlands after spending a couple of days here to meet a few of the worlds most productive people. Here I attended the GTD Summit which was also my first event related to GTD. It is 10 years ago since the last summit was held and this is most likely the last that will happen with David Allen, the writer of the book Getting Things Done, still at the helm.

On my way to Amsterdam and the conference my head was full of thoughts. But I still tried to reflect what my expectations for the event where and it all boiled down to one thing. I wanted to see David Allen live. The event delivered strongly on that expectation but also gave me a lot more. The most important thing I came away with was how friendly and humble the people attending where. I have in the past gone to plenty of conferences but never have I been able to connect with so many people from such a diverse background. Truly an experience I will bring with me for the rest of my life.

The summit was a two day event that was kicked off with a party the evening before the first day. As a strong introvert I expected this to be a slow event where people stood talking in groups with the ones they knew from before. As I entered the Boom Chicago I end up beside a guys with a big smile that it felt like I know from before. It turned out to be Michael Sliwinski the founder of Nozbe. We had a gin and tonic and talked about productivity, the conference and Michaels upcoming summer vacation to Sweden. The evening event ended with David Allen coming up on the stage and being roasted. A really nice start of the conference.

The conference where split in eight one and a half hour blocks spread over two days. During these blocks a handful of speakers had a few minutes each to give a presentation of their own choice. The main themes was that you need to do nothing in order to get things done, with other words you need to reset and clear your mind to become creative. The importance of breaks. The other big topic was around seeing problems as projects or challenges. The way we see things, the lens we use, choose to use, will impact our abilities to meet these challenges.

During these two days there where a lot of speakers and I liked most of them. Ben Hammersley, journalist, speaker and editor at the Wire moderated the conference. His easy way, sly smile and incredible humor added to the great atmosphere.

One of the first speakers was Marshall Goldsmith talking about the daily process and the method of using daily questions to impact your life. The questions should cover the most important part of your life and the intention is for you to get visibility and clarity how well you actually have the behaviours you value.

David Covey is the son of the famous Stephen Covey, author of the the “7 habits for highly effective people”, a book that is a must read for anyone that is interested in productivity and personal effectiveness. David has found 7 (of course, being a Covey) traps that hinders you from being effective. In the few minutes he had he talked about one of the traps, the ego trap, and how this stops us from being successful.

Being busy and working hard is a sign of a high producer. Tony Crabbe talked about the importance of getting rest and time for reflection. The science shows that short breaks can improve productivity by 25%. But still we reward the hard worker that sometimes skips lunch. The highlight and most genius session of the first day was done by Theo Campernolle that spoke about “anti-social media” and the destructive impact on productivity and wellbeing interruption has. “Multitasking makes you fucking inefficient!” was the mantra being repeated over and over again in a very serious but still fun way.

David Allen and Daniel Pink had a conversation about how the cognitive brain changes during the day. It follows a typical peak – troff – recovery pattern. During the peak you should work with tasks that require your analytical part of the brain, the troff should things where you don’t have to think like administrative tasks and during the recovery you are typically more creative.

Some of the speakers talked about what GTD had done for them. These presentations where truly inspiring. Erik Andersson who sent the first space tourist to the international space station talked about the window of opportunity and the importance of being ready. Ove Kenneth Nilsen talked about how he used GTD to get control over his life to get more creative and he also played some of his music. Julie Flagg talked about her system at the hospital and how it helps her saving life. Cady Coleman spoke about her time as an astronaut and how perspective can change your life.

This go through of speakers could have been made a lot longer but it shows the width of different speakers. In conclusion I would like to emphasis what a great conference this was. There was a really nice and friendly atmosphere and lot of smart people that all made them selves accessible for questions and discussions with all the attendants. If there is another GTD summit in the future I strongly recommend that you attend.

If there is just a few things that I where allowed to take with me from this conference it would be the importance of breaks and giving your brain a chance to process and archive information so that your mind becomes clear. You do not have to do all your tasks but you need to know what is on the table so that you can prioritise and also help you saying no. 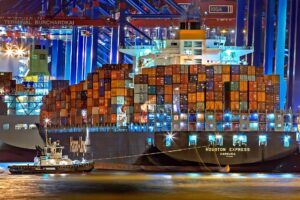